What You Need to Know about Active Voice and Passive Voice

When we do line editing services for our authors, we typically do a lot of work with active voice and passive voice. Why? I mean, it’s not inherently bad, but your narrative will read much smoother and more impactful if written in active voice. Here’s why . . .

What is passive voice?

Let’s start off by talking about about what entails writing in passive voice. Passive voice is used when you want to highlight the verb rather than the subject. I used it just now—did you notice? If I wanted to change that bolded sentence into active voice, I would say:

Most people use passive voice when they want to highlight the verb rather than the subject.

But what’s the subject in my original sentence? Technically, it’s you, but you have to dig to find it. Now, our brains normally translate this automatically; however, when you create a direct line with your words from point A to point B, the point reaches your reader faster, making it much more impactful.

Another way to identify passive voice is through the use of forms of the “to be” verb—is, are, was, were, etc. The main problem we have with using is/was a lot is that it makes sentences a bit wordy. Once in a while, it will go unnoticed, but if your style is littered with it, it often sounds unpolished.

What is active voice?

Put simply, in a sentence structured with active voice, it’s pretty straightforward. It subject does an action to an object, like this:

The girl borrowed his car.

Easy peasy, right? Well, it would be if all our sentences were that easy! Out in the real world of nonfiction and fiction books, we have to construct better sentences that are often much more creative, nuanced, and chock full of information. So, we tend to write it how it feels natural to write, and we never think about it again. That is, not until we get edited.

To be fair, we don’t hate it; however, we are all for championing better and more impactful ways to write. If there is a way to write something well (without sounding awkward) in active voice, we prefer writing it that way. But we aren’t unreasonable—we know that not every sentence can (or should) be written in active voice.

Passive voice is just something we like to tidy up if we can. It’s sort of like dusting for when important company comes over. We want your work to be as presentable as possible. 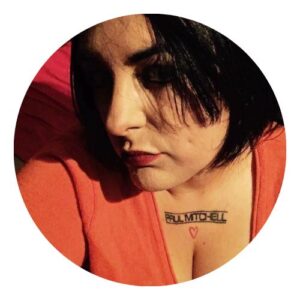 Tina Morlock has edited USA Today and Wall Street Journal bestselling titles. She works with publishers, authors, and bloggers to help them ensure their writing communicates their vision effectively.

Want to join a community of writers who earn money writing about their favorite topics? Sign up for a Medium membership and start publishing today!